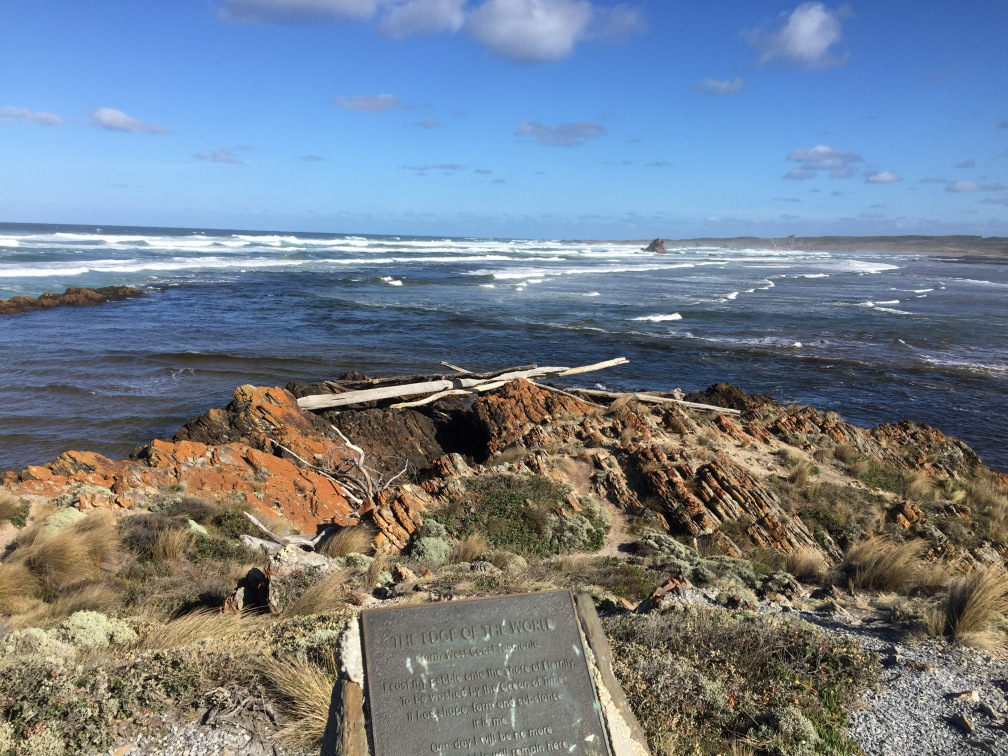 Yes, even here at “The Edge of the World”* there is a lesson about having a name and brand and how it defines an area, makes it more understandable, makes it memorable.

I have just visited an area that I have not been to for so long that I am not “fessin’ up” to how long ago it was, but I can say that back then there was no plaque declaring it “The Edge of the World” and if the region was called “The Tarkine”**  – well that would have been news to the locals. It is interesting to live long enough to see areas named.

The naming of it has helped define this area though and means that it is shared more than it otherwise would be.

It is all a matter of how that sharing is done, but Tas and local Govt associated with this area deserve some recognition for how they are handling it, opening it up, but preserving it too. My opinion anyway, from someone who was here before it had these names. The area is just as special as I remember it.

* It is named this after a poem, which you can see in the picture is commemorated with a cairn. The name comes also from the nature of the area -in the full blast of the Roarin 40s with sea on the horizon and no land looking west until South America (ie it is below South Africa). Also at this spot the Arthur River flows out to sea fast with a rip and the sea swirls around rocks in unusual patterns, which has a churning effect like a washing machine and large pieces of driftwood are deposited. It is a powerful place – hard to convey in a picture or in words. It feels like a rogue wave could swamp you at any time.

** The Tarkine is a new/old name. Named after one of the tribes who were in the area – Tarkiner.

Want to join the discussion?
Feel free to contribute!